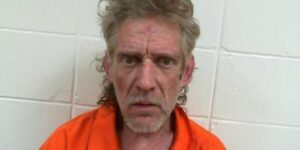 LEVEL PLAINS, Ala. — For William Doran of Enterprise, Ala., it would appear that bird was the word — and the actions.

According to the Associated Presss, Doran was charged on April 8 with second-degree assault and possession of marijuana after he attacked a police officer with a flashlight while “flapping his arms like wings.”

Local new outlets report Doran was standing in the road near a convenience store “acting like a bird” and trying to get into a passing vehicle.

When an officer arrived and approached Doran, Level Plains Investigator Raemonica Cloyd says Doran attacked with the flashlight. The officer called for backup, and once help arrived, Doran was arrested.

The injured officer was taken to a hospital to be treated for two gashes to the head and is expected to recover.