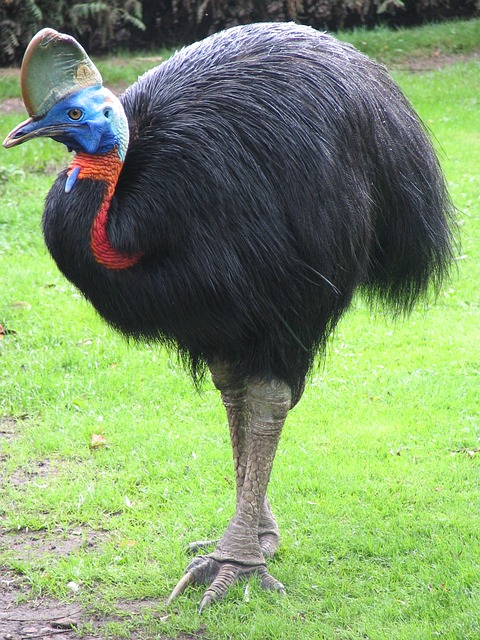 ALACHUA, Fla. — If you’ve always wanted to own a killer bird, here’s your chance.

The large, flightless bird that attacked and killed its 75-year-old owner in Florida earlier this month is going up on the auction block.

The cassowary will be put up for sale this Saturday — along with dozens of other dangerous and endangered animals owned by Marvin Hajos before his death — by Gulf Coast Livestock in Madison, Florida.

The animals are reportedly being sold in accordance with its owners’ last wishes.

The sale’s auctioneer, Scotty Wilson, says they expect about 100 people from across the country to attend Saturday. Attendees are required to pre-register and possess a captive wildlife license or permit.

When asked if attendees would be warned one of the birds has killed a man, Wilson assured that “full disclosure” would be made.

Don’t bother trying to get candids of the killer bird, though. A post for the sale warned, “Anyone seen video taping in any capacity will be deemed trespassing and will be escorted out by security.”

Aside from the killer cassowary, over 100 animals are up for auction, including five ring-tailed and ruffed lemurs, 26 marmosets, an emu, several macaws, and a second cassowary.